On Thursday, July 19th, Variety was given a “once in a lifetime” opportunity to present 21 adaptive bikes to children with disabilities at Heinz Field, and it was a truly extraordinary day!

The kids got to ride their new bikes for the first time through the Steelers’ tunnel and onto Heinz Field to cheers of celebration from our attendees (waving Terrible Towels).

The day was made possible by the incredible commitment and generosity of Andrea Carelli, who from the beginning wanted to do it for the kids. Andrea acted as a catalyst to get “My Bike” rolling by writing the first check to sponsor a bike in 2012, and since then, her momentum and passion for our kids has only escalated.

One of the most special moments yesterday was the reaction of Kobe, 18, who shed tears of pure joy to be receiving his very own bike. Kobe came surrounded by more than 20 family members (his team) that were there to celebrate with him and see him shine. A majority of the 21 adaptive bikes were made possible because of the sponsorships generated by Leo Gerard and the United Steelworkers.

For kids like Emma, age 10, her new PINK bike means something that she can do with her twin brother and parents.

Emma’s mom, Dorothy went further to say, “This bike will give Emma and her twin brother, Evan something they can do together again. We will be able to get outside and do something we all enjoy. Emma and I won’t be stuck in the house while her dad and brother get to go out and ride. There are few things that we all are able to do together now as a family. Plus, Emma will get the exercise she needs while on a safe piece of equipment, which will boost her confidence and independence! It’s a win, win for all of us!”

In addition to the photos, the Pittsburgh Post-Gazette did a wonderful video montage of the event that really gives you a feel for the energy, excitement, and joy that was with us yesterday. Check it out here:  https://liber.post-gazette.com/video/?v=5811335048001

You can see more photos (AND SMILES) from the day by visiting Variety’s Facebook Page (click here).

Variety’s team of supporters spans throughout our 54-county service area, and that supports is anything from giving a donation of time/money to expertise to simply spreading the word about our programs in local communities. YOU are part of the VARIETY TEAM, and we truly could not accomplish these life-changing moments without you.

Reagan, age 10 received her 2nd adaptive bike at Variety’s 2018 Golf Invitational on Monday, June 4th, and she’s pictured “all thumbs up” in the photo below. Previously, she received an adaptive stroller and communication device through Variety.

Recently, we received an update from Reagan’s mom, Kim, who really put into perspective the impact and experiences that Variety’s equipment are providing to our kids and their entire family.

Kim’s e-mail grounds us in why we do what we do every day for these amazing kids- giving kids like Reagan a chance to giggle with her sister, wear a gown and showcase her voice in a beauty pageant, and look forward to a summer of fun – just like any other child.

To our knowledge, history was made yesterday in Morgantown, West Virginia for kids with disabilities.

In one afternoon, Variety hosted the largest presentation of adaptive equipment for children with disabilities with 45 kids receiving equipment (worth more than $70,000) – including 26 adaptive bikes, 8 adaptive strollers, and 11 communication devices.

As we have all come to experience, the kids were truly the stars of the show, like Deklan, age 7, who couldn’t have been more excited as he continually gave “thumbs up” in response to getting his brand new blue adaptive bike!

His mother, Tiffany said with tears,

“Deklan was born at 24 weeks weighing 1lb, 3 oz. and spent close to six months in the NICU. He’s had 5 eye surgeries, a heart surgery, blood transfusions, and he was on oxygen for the first year of his life… he’s been through a lot with many of his surgeries being lifesaving. However, today is a milestone day for Deklan, as he will have his own bike and experience the freedom of riding it, and gain the confidence and the security that he needs to do so on his own.”

Another highlight yesterday was two teenagers, Hannah and Macey, who are best friends.

They did not know until they arrived at the presentation and saw each other that they were both receiving an adaptive bike of their own.

Hannah received a blue bike and Macey a pink one, and they spent the afternoon jumping up and down with joy, hugging each other, screaming with excitement, and telling their parents about all the bike riding they were going to do together. They even got to enjoy the bike parade together.

I wish everyone could have been there to see this phenomenal moment of joy that these two best friends shared – we are so fortunate to be a part of it these beautiful moments.

Check out these three news pieces that came from this beautiful day.

Talk about a night of impact for kids with disabilities at the Pittsburgh Penguins’ “Hockey is for Everyone” event on Monday, March 5th!

The true highlight of the event was Jacob Buchheit, a Variety Ambassador who has truly helped to elevate the work of Variety in extraordinary ways. His time and involvement to our organization has acted as a ripple to us impacting the lives of so many more children.

At the event on March 5th, Jacob was at the center of it all, as Variety was presented with a check for $18,000 by the Pittsburgh Penguins’ Foundation to sponsor 10 more adaptive bikes, as part of Leo Gerard’s campaign last year to raise $500,000 to sponsor more adaptive equipment for kids.

Variety and Jacob were joined by Pittsburgh Penguins’ CEO, David Morehouse and other Penguins’ executives, who shared in Jacob’s joy, as he showed them (with such pride) videos of him with the Mighty Pens sled hockey team on his communication device.

You probably remember that Jacob was featured in Highmark’s Living Proof spot on his adaptive bike, and then he was featured in a Highmark advertisement in the Ice Time program booklet throughout last year’s Penguins season.

Well, Jacob brought a handful of these booklets, and he handed them out (with his autograph) to the entire group!

Additionally, Jacob was featured throughout the game riding his adaptive bike on the jumbo-tron (a video produced by the Penguins), in the Highmark Living Proof spot, and then on the ice riding his sled hockey between periods with a handful of other kids – talk about a celebrity!

Here’s a clip of what was shared at the game – don’t miss Jacob’s reaction at the end in seeing himself on the big screen!

Jacob’s journey has been nothing short of a miracle, and I’m sure you will smile as you read more about him and the impact that Variety has had on his life in this piece that was written by the Penguins and featured on their site.

Prior to Monday’s hockey game, Jacob received the 2018 Bob O’Connor Spirit of Pittsburgh Award from the Bob O’Connor Foundation on Saturday, March 3rd!

On February 19, 1968 – 50 years ago today – Mister Rogers’ Neighborhood aired to bring hope, support, and encouragement to us all.

Today, we celebrate the 50th Anniversary of our favorite neighbor and one extraordinary person!You can read more about today’s anniversary by clicking here, or check out a few ways to celebrate yourself.

Three Variety kids (Jacob, Cody, and Tyler) and their families had the opportunity to meet and interact with Vice President Joe Biden on Monday, February 12th, while he was in Pittsburgh for his American Promise Tour.

Vice President Biden was absolutely fantastic with the kids, kneeling on one knee to directly look into their eyes as he was speaking to them, and affirming their worth and dignity. Jacob and Cody came to the event in their adaptive strollers that were given to them by Variety, as you see in the picture below.

Tyler and Jacob used their communication devices to talk with VP Biden and it was incredible!

Jacob even showed the VP a photo of him riding his adaptive bike, as well as a picture of his Mighty Pens sled hockey team. A couple weeks ago, Jacob had been playing in Canada with the Mighty Pens, and then this past weekend, they were in Ft. Wayne, where Jacob scored two goals / named the team MVP.

The Mighty Pens has been a fantastic experience for Jacob (and so many other kids).

VP Biden and Jacob had a wonderful interaction regarding black / gold rosary beads. Please see the photo below and story that I thought you all would find meaningful, especially as a continuation to Jacob’s journey and impact.

Jacob also used his communication device to pull up a picture of the Philadelphia Eagle’s logo, and to say through his device, “Congrats on the big win! Go Birds!”

In response, Vice President Biden told Jacob when he landed in Pittsburgh, a stranger approached him and said, “I know you’re deeply religious and Catholic, and a Philadelphia Eagles fan, but here in Pittsburgh, we have Nuns who make rosery beads in black / gold.” This stranger gave the Vice President a set of them.

Vice President gave those black / gold rosary beads to Jacob – something that he will always treasure.

Then, the Vice President told Jacob that he was making a difference (which is true, as Jacob has been an asset and ambassador to Variety to help us, help more kids).

Evan went further, saying, that these words of the Vice President really reached into Jacob’s heart. Evan was touched so deeply because he saw that his brother Jacob was gaining a deeper understanding, and that he was given hope that he too could follow in the footsteps of the Vice President and make a difference – regardless of his disability.

Variety – the Children’s Charity of Pittsburgh is striving to identify & serve every eligible child that could benefit from its adaptive equipment programs.

Do you know of any children with disabilities that could benefit from an adaptive bike, adaptive stroller, and/or communication device? Variety is currently serving kids in 54 counties in Pa. & WV.

These programs are life changing for kids & their families, but Variety needs help with spreading the word, so no family misses out on these opportunities.

Visit www.varietypittsburgh.org or call their office at 724-933-0460 to learn more or apply. These programs are no cost to eligible families, and you can apply for one, two, or all three programs if your child can benefit!

This past December, Range Resources Corporation & its incredible team hosted a special holiday-themed presentation for local kids to receive their very own individually customized adaptive bikes. Range even produced this incredible video recapping the day!

On Friday, November 3rd, Variety celebrated its 90th Annual Gala at Heinz Field, and it was a night to remember!

Our organization was honored to present Leo Gerard with our 2017 Catherine Variety Sheridan Humanitarian Award and Roy Powell with the 2017 Variety Advocacy Award. A very special thanks to our 2017 Presenting Sponsors: Highmark, Jones Day, Peoples, & PNC.

To make the evening even more special, honoree Leo Gerard announced that he and USW International raised approximately $500,000 to provide more adaptive equipment to eligible children with disabilities through Variety’s programs!

WPXI-TV put together a terrific story highlighting USW International’s commitment and support that you can view by clicking here.

With the theme “SUPERHEROES”, Variety’s 2017 Halloween Party was out of this world thanks to the support, time, and creativity of the Covestro team!

This was the 11th year that Covestro and its sensational employees have made this life-changing day possible for our kids and their entire family, and we couldn’t be more grateful! To get a glimpse into this spook-tacular event, here are a few photos from 2017 – you can click here to see all the photos. 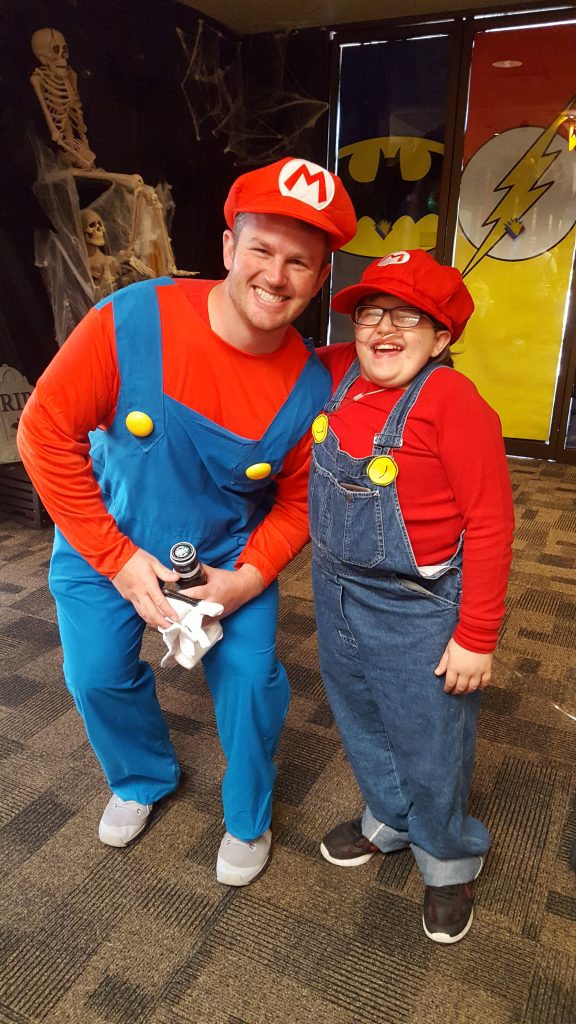 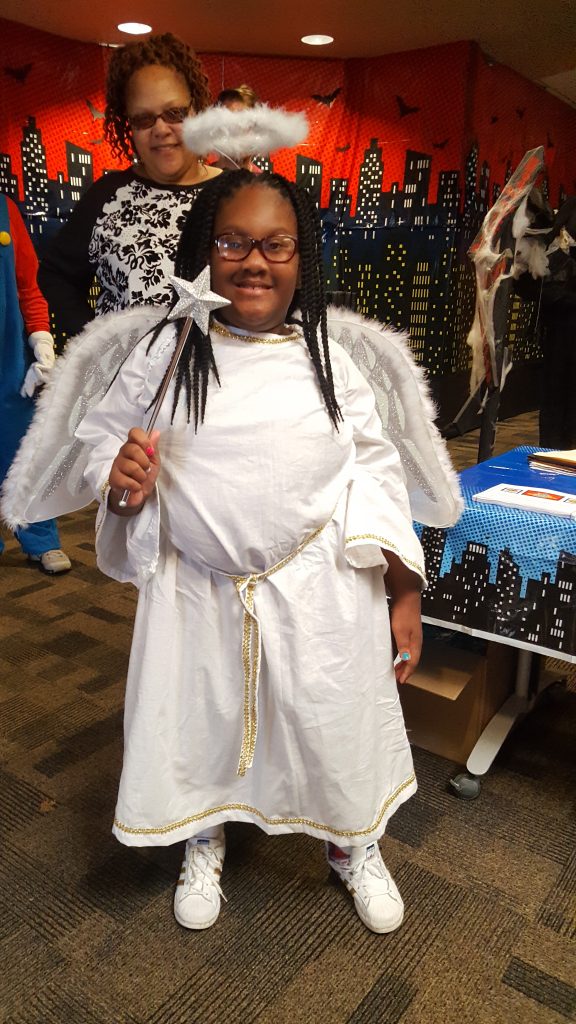 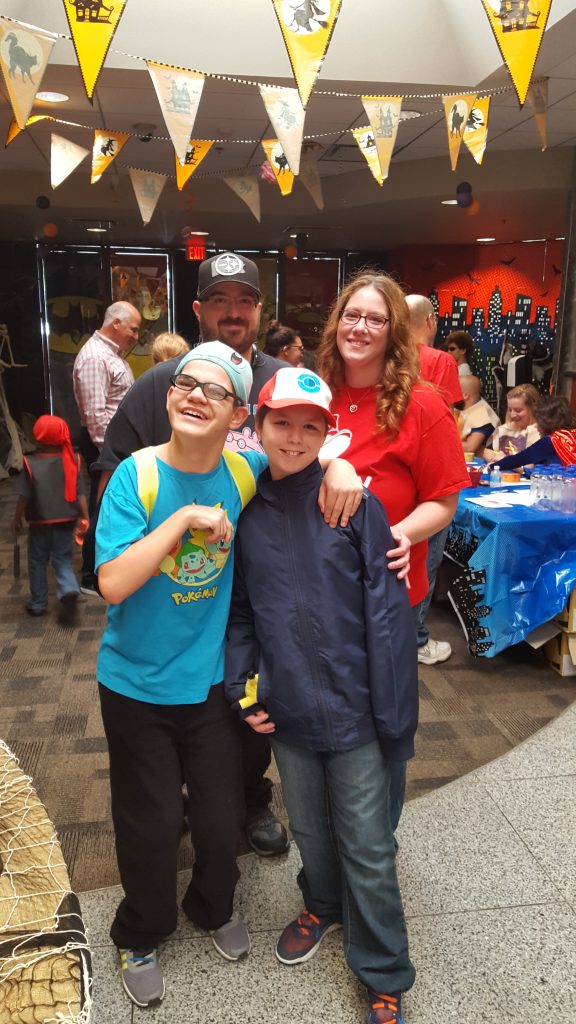 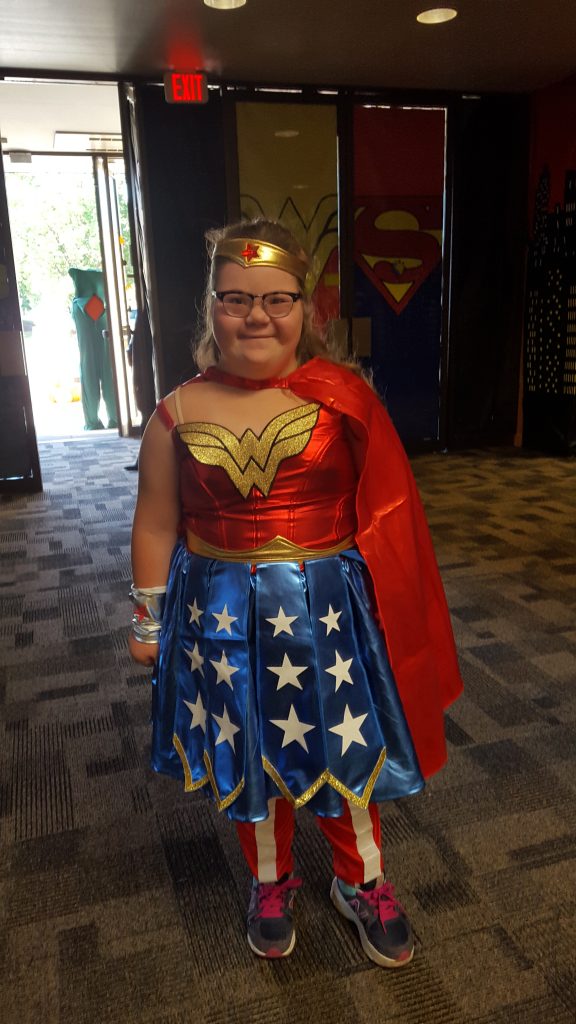 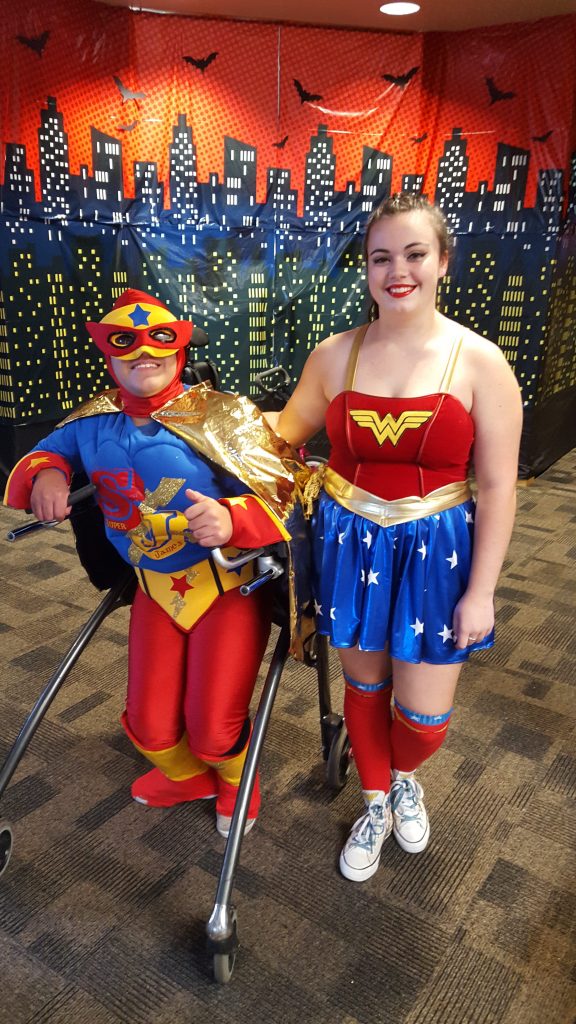 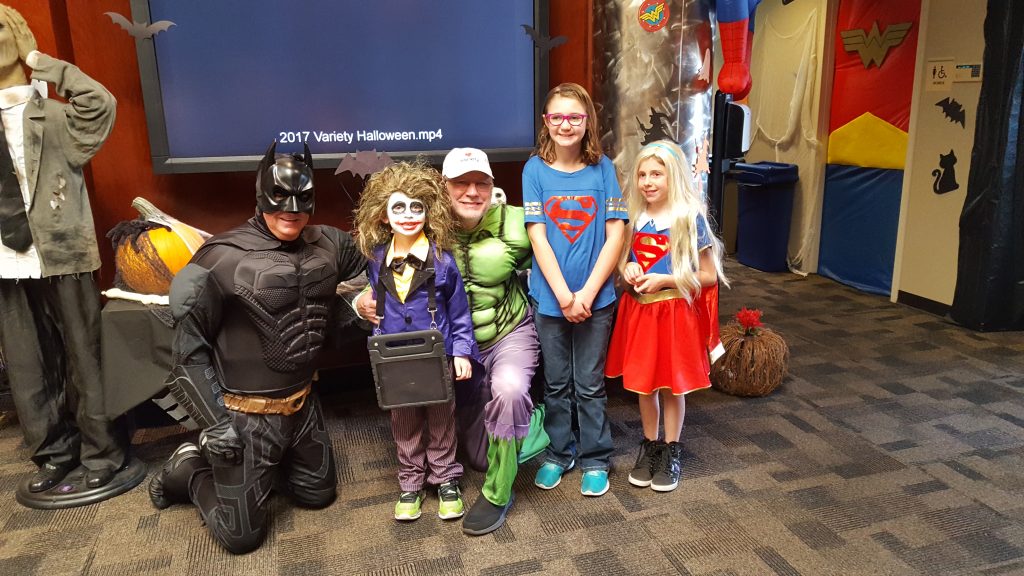 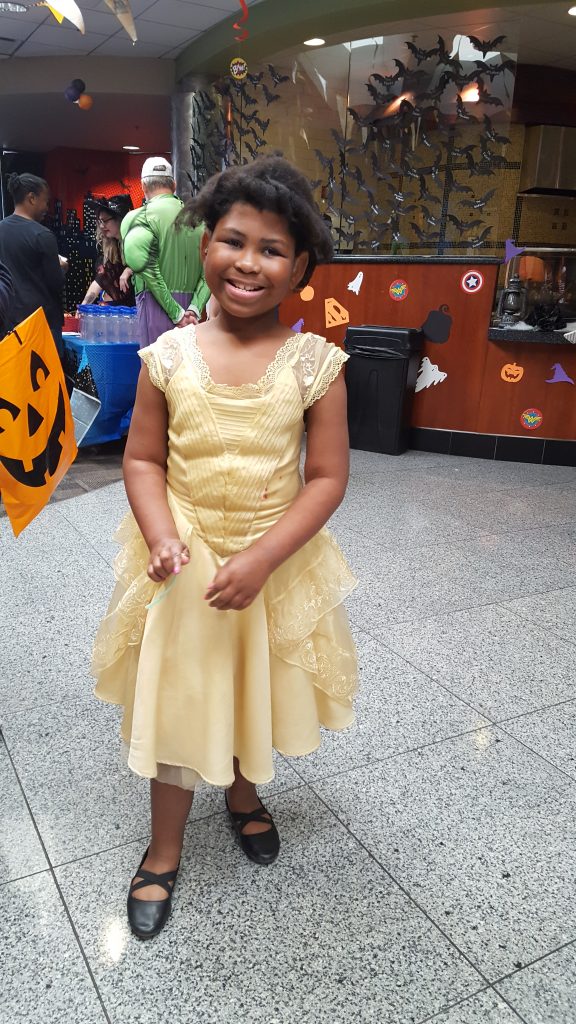 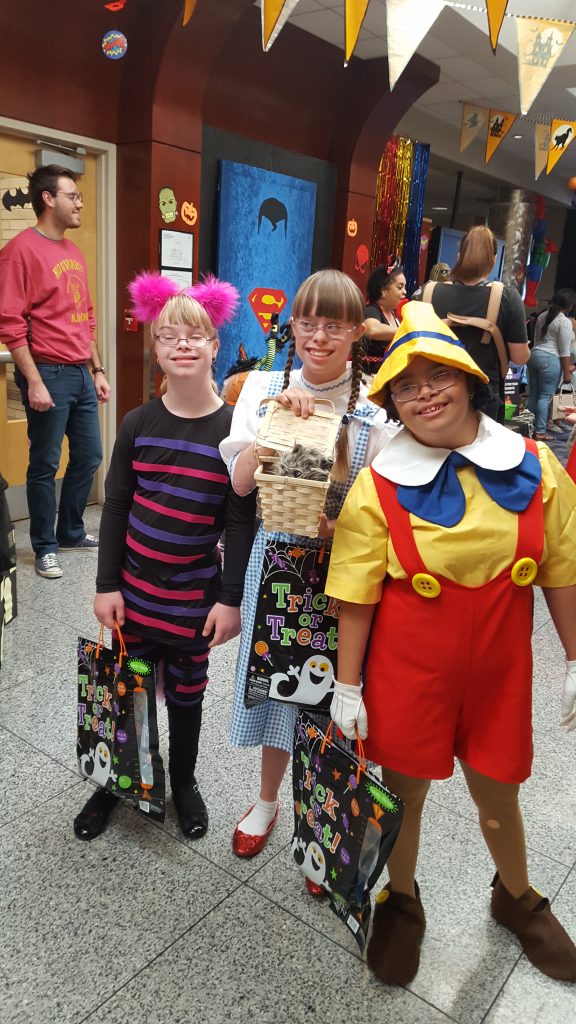 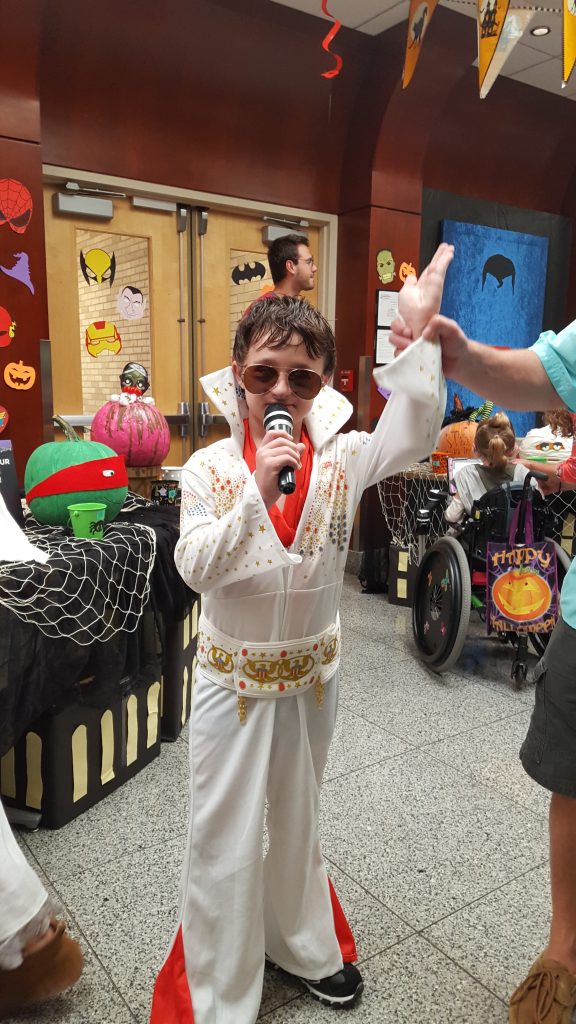