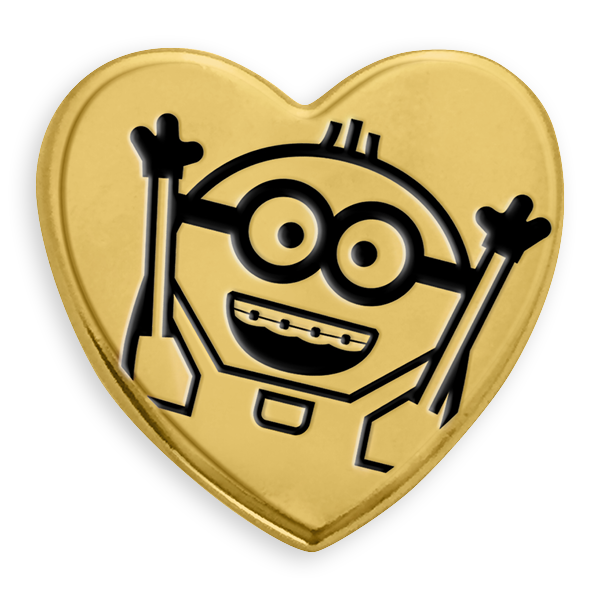 The collector’s item pin featuring the unforgettable new Minion, Otto, who sports braces and is always eager to help, will be available for a minimum donation of $3.00 in movie theatres nationwide.

A full list of participating locations can be found by clicking here.

“It costs about 4-5 times as much to raise a child with special needs,” said Erica Lopez, executive director of Variety – the Children’s Charity of the United States. “Thanks to Illumination, Universal Pictures and every person who supports our 31st annual Gold Heart campaign, Variety can help as many kids as possible be active, be social and belong.”

Illumination’s Despicable Me franchise, which includes Minions, is the most successful animated franchise in cinematic history, beloved by audiences of all ages around the globe. Illumination and Universal Pictures are proud to support Variety – the Children’s Charity in its vital and invaluable campaign.

Check out past Gold Heart Pins